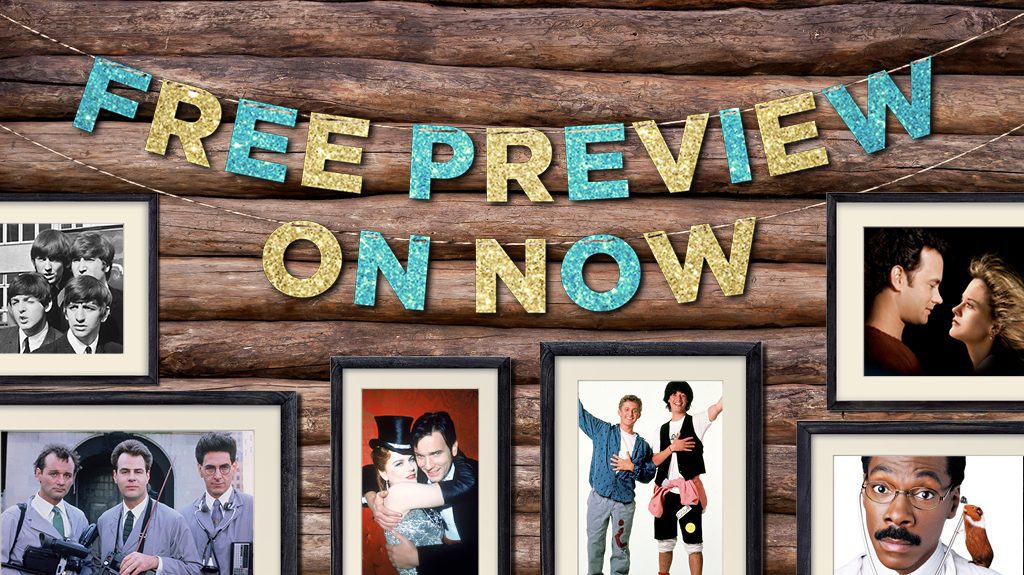 by Rally Team
in Blog
Comments

Hollywood Suite is on Free Preview December 1 to January 5! Tune in to channels 486–489 to enjoy unforgettable movies and series from yesterday and today. Choose from over 680 uncut and commercial-free movies and series episodes, including these highlights:

Have a cozy, romantic evening with Sleepless in Seattle (1993) and Something’s Gotta Give (2003).

On the first day of Yom Kippur, a surprise attack thrusts young combatants into battle. Inspired by the true events of the 1973 Arab-Israeli War, this harrowing drama series focuses on the universality of heroism and sacrifice through four intertwined stories: a journalist searching for his estranged, newly-enlisted son; a commander and an intelligence analyst forced to flee their base near the Syrian border; three friends on a tank crew facing political and personal conflicts; and a female officer who remains on the frontlines, despite orders to evacuate. Through its magnified, unflinching lens, Valley of Tears reveals the tension, anxiety, and trauma of a fateful war.

Hollywood Suite is on Free Preview December 1 to January 5! Tune in to channels 486–489 to enjoy unforgettable movies and series from yesterday and today.

Contact us to add these channels to your Rally TV or see our complete channel lineup.
Rally TV. Your entertainment, your way.